For some reason I can’t explain, I’m obsessed with Minoan history. I find it so fascinating that I wrote one of my qualifying papers on it for my Master’s in Art History. The Minoans, in case you don’t know, were a Bronze Age civilization that rose to power on Crete in the second millenium B.C. They had this practice called bull leaping, in which brave men and women performed acrobatic feats over the back of a live, raging bull. The Minoan works below present striking visual evidence of this practice. I saw them when I went to the Archaeological Museum in Heraklion: 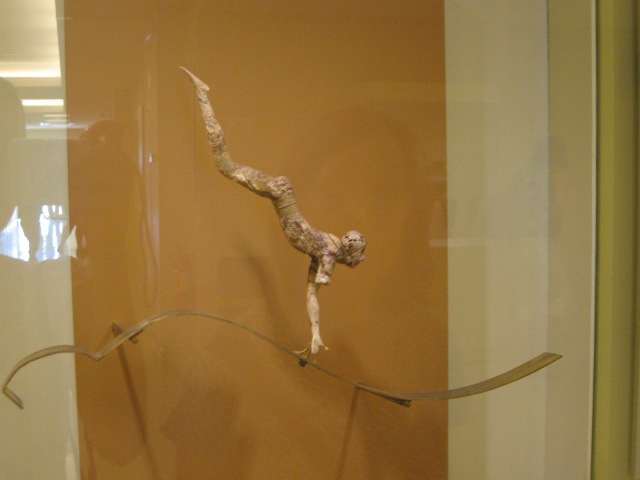 I bring this up because I just found these amazing videos in youtube, in which young men and women in Spain do the exact same thing! If there’s any doubt as to whether bull leaping is physically possible, these videos will clear it right up. It’s incredible that this ritual has survived for thousands of years.

The bull leapers don’t always make it over, however. Warning: the video below contains some graphic images. (Specifically, at 4:07)