Here in America, we can be somewhat guilty of ignoring the world around us. It’s true – up to 70% of Americans don’t actually own a passport, and it’s somewhat shocking. In other parts of the world, ‘Gap Years’ are common – they’re basically months taken outside of study to go abroad. There are a few options, and many young people go before they even start college or university. Others go after they graduate. The experiences will differ widely, but their purpose remains the same. The individual will come home more independent, more cultured and potentially they will even pick up skills that will be valuable in any workplace. 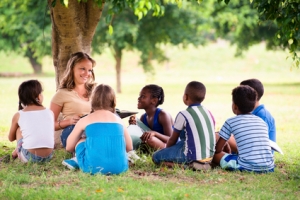 Things You Can Do

There are loads of different options out there. You could simply go and explore. Get an around-the-world plane ticket and make stops on each and every continent. Or perhaps there’s a particular country you’ve always wanted to see? Now’s your time to really get to know it. And no, that doesn’t just mean its capital city. There’s more to Rome than Italy, more to Spain than Barcelona and certainly more to London than England… Oh no, wait, that’s the other way around. See? You’ve got a lot to learn.

One great use of your time is combining your travels with working or volunteering. This is an especially good way to metaphorically stick two fingers up to the nay-sayers who think you’re wasting your time going off on an ‘extended vacation’. Perhaps you could choose helping people build communities in the Far East, or teaching in schools in an African nation. There are even groups specially designed for young people who want to give their time in this way, such as African Impact.

What Could Go Wrong

If you’ve never been away from home before, it’s a great stepping stone before college! You’ll inevitably be nervous, but it will be so worth it. Travel is something that people often say they regret not doing while they were young, so make sure you get out there. However, it’s worth being prepared. Save plenty of money – even when you do it on a budget, or you’re traveling with a job on the other side (wherever that may be!), you should have a good supply. Luckily, your family can send you some if you get stuck – there are some great companies out there these days who allow you to receive money, no matter where you are in the world. One great example is Azimo. They even allow you to do transactions over Facebook in any currency, so you’ll always land on your feet.

If you’re going to a turbulent nation, make sure you follow all of the advice given to you by your guides. They’re there to help, but they can’t if you break the rules. Some countries have very corrupt governments, so it won’t be all that simple if you’re arrested – they might not even care if you’re innocent. Don’t put yourself in danger unnecessarily.

Remember, the legal drinking age in many places outside of the USA is a lot younger – 18 or sometimes even lower. If you’re ‘underage’ over here, this new found freedom could lead you to go a little wild. Nobody’s saying don’t have your fun, but you need to be careful. And if the laws of the country you’re in state no alcohol at all, then sorry, but you’ll have to say no!

Your parents might be concerned when you go away, this is totally natural. Just don’t give them cause for concern, and you should be okay. While it will never be your fault if you’re made the victim of a crime, it’s always a good idea to familiarize yourself with your surroundings, keep your belongings secure, and have someone on hand or easily contactable who can help in emergencies. Taking precautions is key! Finally, you’ll need to get adequate insurance. If something goes wrong, you may not have coverage like back at home. Don’t get caught short!

Don’t forget, if you are unfortunate enough to face difficulties on your trip, you’ll become a stronger person through facing adversity.

It’s a common stereotype that people in the good old USA are a little bit… out of touch, shall we say, with global issues. Nobody will be able to accuse you of ignorance once you’ve gotten out there and experienced a whole new side of the planet.

Transferable skills in planning, organization, and budgeting will be vital once you’re looking for employment, and the fact that you’ve demonstrated the drive and self-motivation to go off on your own adventure will prove that you’re able to think for yourself and under pressure. You may have helped others, become more cultured, and met people who’ve changed your life for the better. Just make sure you sell it this way in an interview, and you’ll be in a great position for the future.

About the author: Selena Jones is a business woman from over the pond with a penchant for travel. After graduating from the University of the Arts London, she worked for a major fashion retailer before deciding to go solo with her own lingerie company. In her free time, she loves nothing more than writing, seeing friends and planning her next trip – which she now has much more time to do. You can follow her on Twitter @selenalace.

Learn how to succeed in college from the experts.  Order your copy of The Secrets of Top Students today!